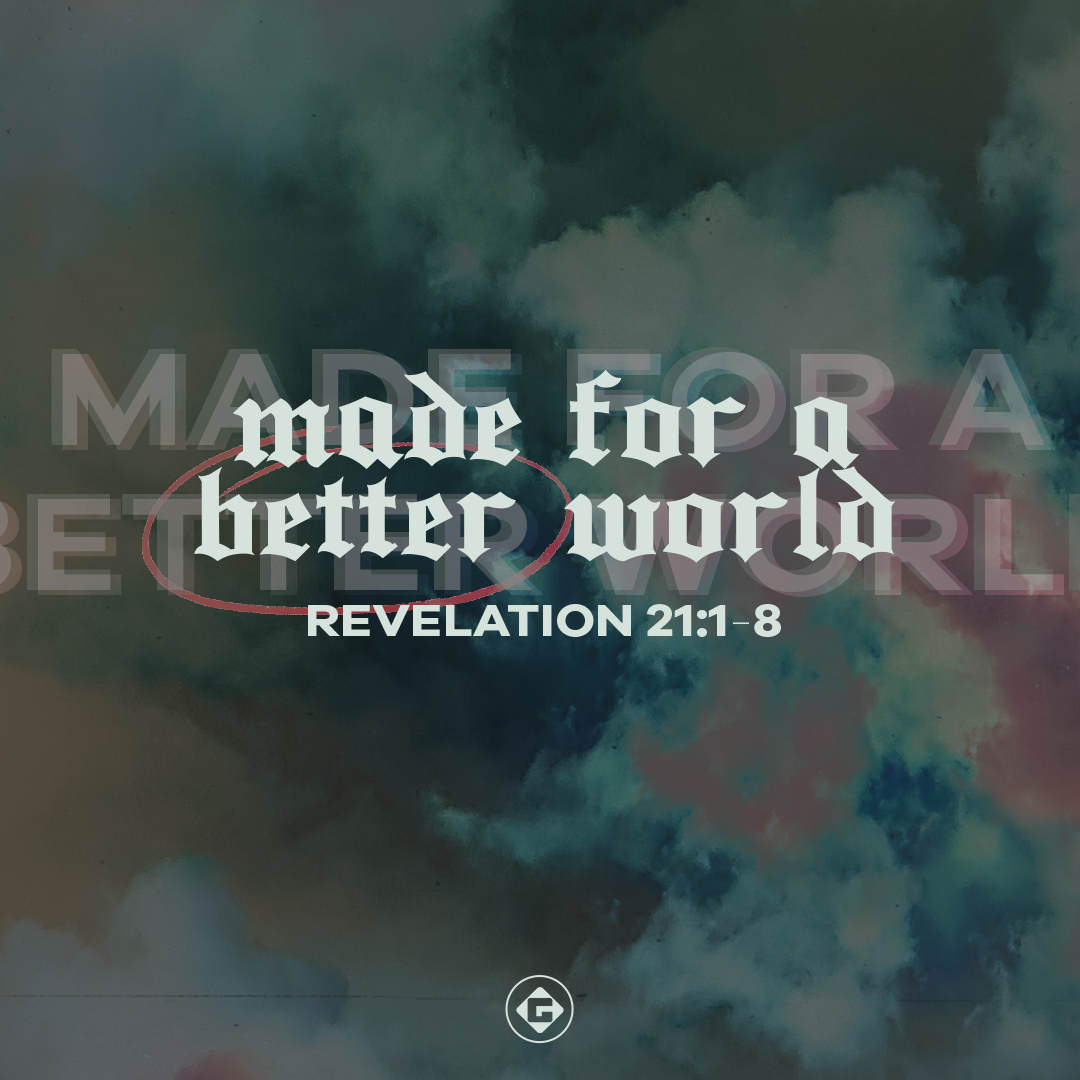 It’s been a hard year. We’ve seen wildfires, hurricanes, pandemics, and human conflict at its worst. Last week wasn’t much better. Saying that Americans are sad, angry, and anxious probably sums up everyone’s attitude, regardless of your political affiliation. 2020 was a year of unending drama and disappointments.

And now, just weeks into 2021, even with a new vaccine being distributed, we’re being told to hunker down and not expect too much from 2021 because more trouble is coming. The drama continues.

Why write about such a grim topic? Because I’m a pastor, and in spite of what people often say and believe, Christians don’t collectively stick their heads in the sand and pretend that everything is awesome on this cursed planet. It’s not.

And…spoiler alert…it’s not going to be. If you’re like me, searching for hope that can withstand another bleak year, or bleak life, then we’d better build it on something better than vaccines, stimulus checks, and political stability. We need eternal hope.

When Jesus gave a revelation to the Apostle John, He included a glimpse into the world to come—Heaven. It was given to churches facing intense persecution for following Jesus. They needed it. Maybe you do, too. Let’s talk about heaven.

In Revelation chapter 21, John sees a new heaven and new earth, along with a new, holy city. The first 8 verses of that chapter are mind-blowing. The former things will all pass away. God is making all things new, and sharing it with us. His dwelling place is with us, and He delights to lavish us with His gifts. What are they?

First, even though I’ve written about it here, it bears repeating. Heaven is not some kind of nebulous, wispy, ethereal, sterile place in the sky where we wear choir robes and sing for all eternity. It won’t be disappointing or boring. So don’t believe the first google image you see when you search for “heaven” on the internet.

The key word that stands out in this part of John’s revelation of heaven is the word “new.” And it’s fitting. There are no more tears, pain, sorrow, sin, or death. The former things have “passed away,” along with their memory, so no PTSD either.

Everything is new. The heavens. The earth. Our bodies. Our experience of God, one another, and the creation. It will all be new, which means it will be mind-blowingly better than it is now. At the close of such an unstable year, that brings me hope.

Have you ever stopped to wonder how every human heart—whether a Christian or not—has this longing for a new world, a heaven of some kind, a happy-ever-after? It’s true. The kind of sweeping, cosmic resolution described in this passage resonates with everyone, even people who reject Christianity. We all want good to triumph over evil (even if we disagree as to what that “good” may be). We want a new and better quality of existence.

But it gets better. No more crime, corruption or abuse. No more scandals. No more stealing, killing, lying, or cheating. It all disappears forever. Police and Prisons? Gone.

Who doesn’t yearn for a place that is untouched by pain and sorrow? A world with no more danger from tornados, brushfires, hurricanes, and earthquakes. No gators dragging kids into the water. No more “Be cautious, bears are in this area” warnings.

It’s inconceivable to us now. We see so much death and violence. But there, in the new world that God is preparing for us, we’ll never see another war or act of terror. Finally, world peace. Love and justice will reign. No more political back-and-forth. Won’t it be nice to be free from all this suffering and sadness? I wish we talked about this more.

Some Christians seem to view heaven as a defeat of some kind. The attitude is, “Well, looks like the world won the war on pleasure and adventure. But we get a consolation prize. We get clouds, harps, and chubby angels—forever.” No thank you. I’ve heard some people describe heaven in terms that almost sounded apologetic. “Not sure if pets will be in heaven or not, son. I’m sorry.” It’s as if we’re somehow embarrassed or think the world to come will be second rate—as if God would ever allow any joy, pleasure or adventure on this fallen world to outdo what we’re going to experience in the new age. Planet Obstacle and Disney will look like a bad dream compared to what God has prepared for those who serve Him.

This is not a Craig’s List “gently used” mode of existence. It’s NEW.  Everything that bears the stamp of God's creativity, love, power, intelligence will be restored. Both Christians and Creation, people and planet!

Christ’s salvation does not just save our souls so we can escape the pains of a cursed planet. Rather, the final goal is the renewal and restoration of the material world, and the redemption of both our souls and our bodies. Most other religions view salvation as escape from the physical world, including our bodies. Christianity presents salvation as a transformed soul, in a resurrected body on a restored world.

And if that doesn’t excite you, jut wait until you hear what kind of new city Jesus has prepared for us. But that’s for next time…

Three Realities of Our Justification

Why You Can Trust the Bible Pt. 3

The Heart of Jesus Part 2

The Heart of Jesus

Blood, Belief and the End of Boasting

No One Seeks God

The Cure for Moralism

Misdiagnosis in the Church

The Road to Repentance

The Art of Resting and Running

The Most Dangerous Sermon in the World

When God Grants Us Our Fallen Wishes

A Walk in the Dark

The Heart of Christianity

What Does God Want

A Letter that Changes Everything

The Capital City of Heaven

Don't Fall For It | Part 3: The Resistance Cont.

Don't Fall For It | Part 2: The Resistance

Culture Check: The Heart of War

Under the Influence: Part 2

Under the Influence: Part 1

A Word to the Weary

Anxiety and Your Mind

When the Bottom Falls Out

Making Mud Pies in the Slum

Drone Shot of My Yacht

Good News to Settle Your Heart

Who's Got Your Back