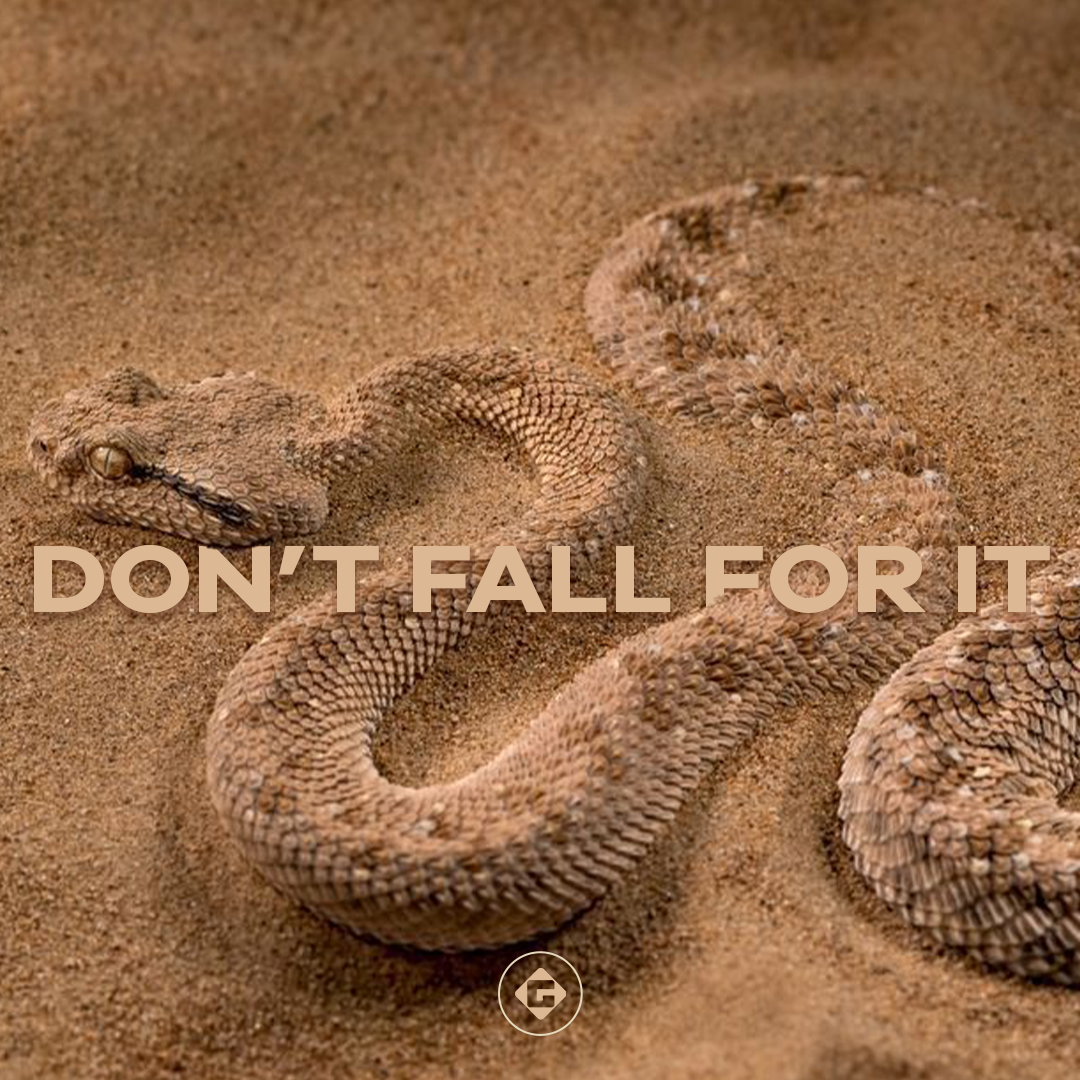 When I was a teenager growing up in the south, adults often warned us about the satanic dangers lurking around us. Everything was suspect. Heavy metal music. Role playing games like Dungeons and Dragons. Dolls and action figures. Even Saturday morning cartoons like Thundercats, He-man, and The Smurfs were considered demonic. A satanic panic took over the culture. People were obsessed with the Devil.

Somehow that obsession survived the 80’s. If you get a cold, it could still be the prince of darkness. If your goldfish dies, Satan may be behind it. If your lawn turns brown or someone steals that perfect front row parking spot, maybe the Devil did it!

Some obsess. But for others, the thought of a personal devil sounds ridiculous. How can modern, civilized people believe such a thing? We’re far too sophisticated to entertain such silly explanations for evil and calamity. How can we take the claims of Christianity serious with talking snakes, a personal devil, and demons flying around?

Both of those views represent extremes. Either dismiss the idea of a personal devil altogether, or obsess over his existence. Satan loves both extremes.

The truth is…from the cradle to the coffin, all of life is war. Your soul, your mind, your body, your family, your career and relationships. All of them, battlefields of conflict.

When Paul was closing his letter to the Ephesian Church, he didn’t say, “In conclusion, everything’s awesome, peace out, y’all. Sincerely, your friend, Paul.” He said something much more sobering:

I’ll paraphrase. “Before I go, I’ll remind you, my friends, that when you confessed Jesus as Lord, you put crosshairs on your back. Watch out for the Devil. He’s powerful. He’s organized. He’s cunning. But God gave you the resources you need to stand against him. Use them! Protect yourselves!”

You get no extremes from Paul. Only reality. An invisible battle is raging all around you. Don’t be naive. Don’t be afraid. Protect yourself. He used the word “against” six times. We can’t claim ignorance here. We’re in combat. We wrestle not merely against flesh and blood, but against a formidable, invisible enemy. We’ve been warned.

Satan would happily keep you obsessing over his existence or dismissing him altogether. But don’t fall for it! Don’t be ignorant of the spiritual battle—or afraid.

There’s a place in the Lord of the Rings where the traveling companions face a blinding blizzard in the mountain pass. Banks of snow collapse around them. Stones barrel over their heads. Eerie noises penetrate the night that sound like “wild howls of laughter” as boulders roll down the mountainside, barely missing them. As they stop to rest, Boromir says, “Let those call it the wind who will; there are fell voices on the air; and these stones are aimed at us.’”

He’s acknowledging, “Someone is out to get us!” Have you ever felt like that? Have you felt a “kick me” sign is taped to your back? That you’re a target in an invisible battle?

As believers, we can’t look at our problems, whether social or personal, and think they’re merely human. “We wrestle not against flesh and blood.” A Christian is somebody who knows that when you look at a problem, anything from poverty and violence, to addiction and depression, you might be witnessing something more sinister.

Last week, not far from our church office, a headline crime was committed. A local paper featured the story like this: “Teen’s face slashed in apparent random attack in Orange City. Victim’s Dad says it was inexplicable.” A teenager was walking home from a local park with his basketball when a man came out of nowhere and slashed his face with a knife. The laceration was one inch deep and required over 40 stitches. The father was angry—and confused. They recently moved here and his son had no confrontations or enemies. He called the attack “random” and “inexplicable.” No rhyme or reason.

But the Bible has a different view of evil. It’s hardly ever one-dimensional. Take a community where violence and poverty are pervasive. What’s the explanation? The social answer says, “We have to build better schools and create jobs.” The individual, psychological answer says, “We have to repair broken, dysfunctional families, and assess mental health.” But the Christian acknowledges the possibility of spiritual warfare. We wrestle not against flesh and blood. The devil is an active adversary.

Take 2020 for instance. Three examples stand out: politics, pandemics, and protests. Are we seeing liberals against conservatives? Minorities against Whites? Republicans against Democrats? Methodists against Baptists? Blue lives against Black lives? The Devil hopes you believe that—and radically, passionately act on that belief.

The times are unstable and volatile. If we’re not careful, our focus will stay on the fires, fights, and division out there and we’ll miss the traps that have been set in here, closer to home, in our hearts. Satan is clever. He’s happy to distract you with global disturbances while he chips away at the foundations of your devotion to Christ.

Christians sometimes say “The devil is so stupid.” Not in my Bible. Satan is one of the most cunning, crafty, and intelligent creatures. He's deceitful. He has a strategy. Satan loves war. And he loves for you to think the war is merely between fellow sons and daughters of Adam. It’s not. Don’t fall for it! How do we protect ourselves and engage the enemy with a willing strategy? That’s for next week…