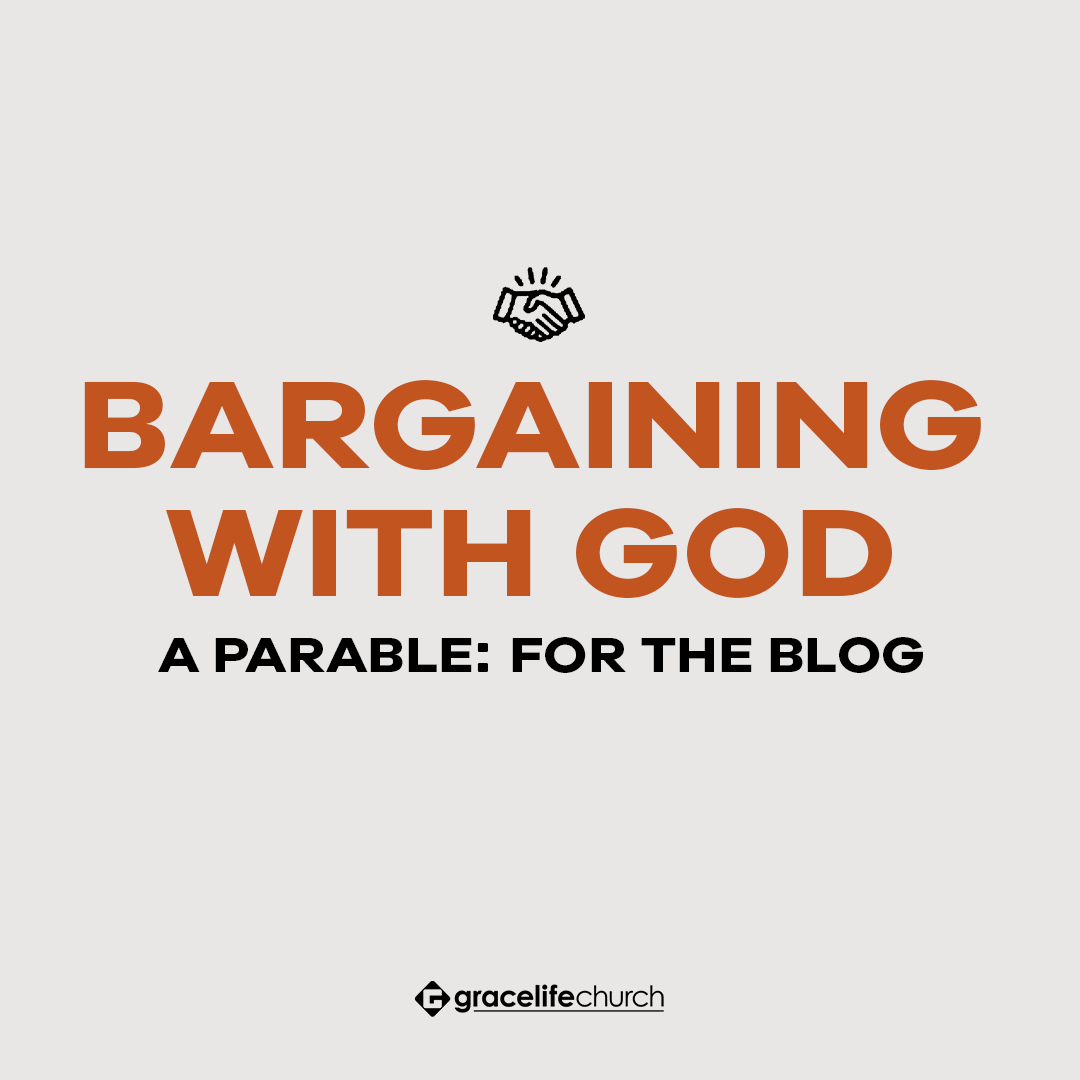 “That’s not fair.” Those are often the first words we learn to speak in protest as children. But they don’t disappear with childhood. And they don’t disappear with conversion. We carry them right into God’s Kingdom where they hijack our joy. When our version of fairness collides with God’s grace, we hit a wall. Disappointment, sadness, and anger find us. Then comes the grumbling and envy. It’s not pretty.

But that’s precisely where Jesus meets us. He knows our views of His kingdom are distorted, and He knows what we need most: loving confrontation with clarity. So He tells us parables: engaging stories that define life for us inside God’s kingdom.

Parables confront our mistaken notions of how life works with God. They show us that Christianity is like this, not that. It works this way, not that way. And a key ingredient is often shock.

Sometimes, the shock is so great it leads to offense. We’re shocked to learn that God’s kingdom is an upside down kingdom. We’re offended to hear that He doesn’t play by our rules. We’re baffled that His kingdom is a reversal of the world’s values.

One of the most shocking parables Jesus told features a land owner who hired day laborers (Matthew chapter 20). Because vineyard work was involved and could be overwhelming at harvest time, the landlord did what most farmers did in the ancient world: he went to the market place to hire additional workers for the day. Some he hired at the first hour. They agreed on the wage of one denarius, a generous day’s pay.

As the day wore on, the owner made several trips back to hire more workers. Some he hired on the third hour, others on the sixth hour, and even more during the ninth hour. That was rare, since not much work was left to do before the Jewish work day ended at the twelfth hour; which is why in Jesus’ story, the landowner’s next action was…weird. He hired laborers during the eleventh hour, one hour before quitting time. They were standing in the market place with no prospect of getting hired when the landowner said “Get in the truck. You’re coming with me. I’ll pay you what’s right.”

When quitting time came and the workers lined up to get their paychecks, the owner paid the eleventh hour workers first. But what happened next was even more shocking—and offensive. Those who worked only one hour received a full day’s wages. And those who worked all day received the exact same pay.

Understandably, the workers who were hired first complained. “That’s not fair!” Exactly. If we’re paying attention to Jesus, this story bothers us. It gets under our skin and we find ourselves siding with the wrong people! We grow sympathetic to the workers who grumbled against the master of the vineyard. Not fair!

And we fall right into Jesus’ trap. The problem with the workers hired first was that they entertained a false assumption. "Now when those hired first came, they thought they would receive more” (Matthew 20:10). What happened? They thought the master of the vineyard would play by their rules. But He didn’t. And neither does God.

We say, “First come first serve,” but Jesus says. “Not in my kingdom.” What’s He talking about? The parable makes three points at which we need to look closely.

Bargaining has no place in God’s kingdom: Bargaining is the opposite of Grace. Because Grace is unearned, un-negotiated, and unconditional. It’s free. It’s often a surprise. It’s astonishing. Grace is how you get in, continue, and finish. All Grace.

Bargaining is an arrangement. Think of it as a contract of sorts; an agreement with God. You work. He pays. You serve Him. He serves you in return. He gets your worship and you get his blessings. And here’s how the arrangement works: If you work the hardest, you get the most. Or at least more than the group who underperforms, because…that’s fair. For example, a pastor can easily fall into the trap of thinking all the sacrifices he makes for Jesus will equate into a pay-off of some kind this side of heaven. Posh house, stellar family, trophy church, and no affliction. After all, he puts in more hours than most, tolerates more abuse, loses more sleep. But how does that arrangement look when compared to church history? Not good. Many pastors have suffered terribly.

What does bargaining lead to? Despising God. Envying others. And, of course, losing your joy; growing miserable.

The workers in the parable felt a contempt for others. They were jealous of those who were given so much when contributing so little. Their whole attitude was self-centered. Aren’t we just like them? Don’t we adopt the role of the “blessing police” and keep tabs on whether or not God is giving too much to others?

Serving God to secure blessings or to avoid pain leads to misery. So lose the ledger. Lose your unrighteous interest in others. And lose interest in yourself. Don’t let your right hand know what your left hand is doing. God who sees you in secret will reward you openly. You won’t be disappointed when it’s quitting time. The last shall be first and the first last. The whole world is turned upside down by grace! How marvelous! How surprising! Let God keep the score. There is nothing you or I could possibly do to put Him in our debt.

Desperation has no shame in God’s Kingdom: The owner of the vineyard takes pity on those who appear unhirable. He knows how desperate they are. No unemployment offices functioned in the ancient world. No stimulus checks or Go Fund Me accounts were available. If you didn’t work, you didn’t eat, and your family would starve. It was a cruel world. It still is, really. That’s why this parable can fill us with hope if we’re listening.

God is attracted to the desperate. He does not despise them. That’s good news because we are the 11th hour workers. Not just because we’re Gentiles and had no rights to a place at God’s banquet. But because we have nothing to offer God in the first place. We’re not His tools of production. We’re recipients of His grace.

The 11th hour workers did not negotiate wages. They smiled, thanked the landlord, and got into the truck, happy to have a paying job—even for an hour.

Little did they know the shock and grace that awaited them. Maybe we’ve forgotten, too.   People who work the hardest seem to struggle the most with grace. But not the desperate.

Grace has no limits in God’s Kingdom: Why? Because like the landowner in the parable, God is generous and wealthy. He is sovereign and longs to share his resources with those in need. The landowner responds, “Am I not allowed to do what I choose with what belongs to me?” He has a point—a good one. The Denarius was his. The hiring was his. The land was his. And so was the prerogative. Now think of God:

It’s all His. Our lives are his. Our health, wealth, homes, relationships, paychecks, children, spouses, and ministries. Even the oxygen we breath belongs to Him. We don’t deserve any of it. We’re desperate. But God is sovereign. And He’s generous. He loves to lavish those in need. That’s Good News. The Best News in the World. He gave us the best gift: Jesus, the savior for desperate sinners.

My friends, do not try to bargain with God. Abandon your negotiations. You have no grounds for it. Ignore the clock. Forget the accounting. Get lost in the glory of Jesus and see how this King will lavish you with surprising, overwhelming grace when you least expect it and never deserve it. May we we never get over this King’s love as we labor together in His vineyard with a smile on our face.